My Face vs My Hair

I've been saying for months now that I was going to talk about my battle with adult acne.  So sorry it has taken so long.  It's one of those problems I don't want to admit I have but that a lot of adult women go through.  I'll take you all through my battle with me so you can see what I have learned and done to help myself.

I had mild acne as a teen. Nothing that some Oxy 10, and some Stridex pads could not treat.  In college around my sophomore year I had a bout of severe acne, probably driven in part by stress, and it drove me to see a dermatologist.  I had breakouts on my forehead and cheeks that would not go away with regular topical treatment.  I was 19 then so I didn't know much about doctors or treatments so when I was prescribed a twice daily antibiotic to take, I just tried to take it as ordered.  It made me sooooo sick!  I was supposed to eat when I took it but I always wanted to vomit within a half hour of taking the pills.  I stopped taking them out of necessity and instead only used the accompanying topical antibiotic.  I didn't tell the doctor or go back there again and my skin eventually became manageable again with topical treatments.  Those included Cetaphil soap and tea tree oil- recommendations from my mom.

A few years later, out of school and on my own health insurance, my skin had started to have more breakouts than clear days and I again went to a dermatologist for that and a few other reasons.  That doctor said I only had mild acne and prescribed Differen Gel.  She also told me that I have severe hyper-pigmentation due to my complexion and was not a good candidate for laser hair removal. (remember this for later!)

I took Differen gel for years.  That stuff was $60/ tube- with insurance! It kept my skin at bay for about 5 years through most of my 20s.  I stopped taking it occasionally when my prescriptions would run out or when I would run out of money for it.  Each tube lasted for 3-5 months.  In early 2008 I had ceased using it for about 6 months, and my skin was acting up.  On a regular annual physical visit I asked for a new prescription and it was granted with the note "Acne" as her one unhealthy remark.  THIS time, it did not work.  Not only did it not work, my skin got worse and worse. 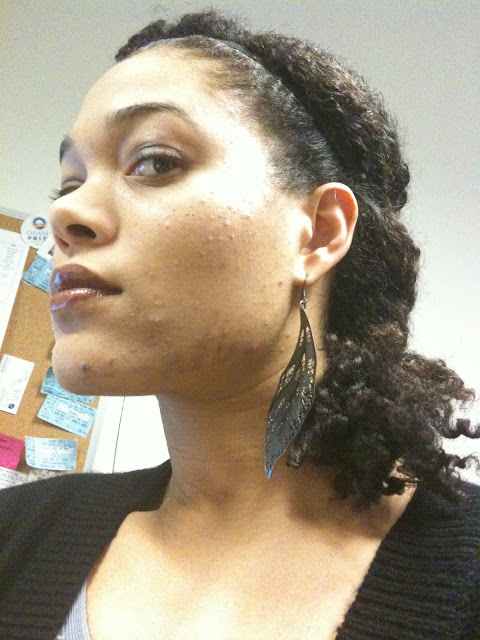 Eventually I stopped using any drugs and tried re-setting my skin.  I used Tea tree oil and oil of Olay.  Then I used natural astringents, blemish sticks, alcohol, and even the evil proactive, (both formulas!) over the course of the next year and a half.  Nothing worked and my skin got yet worse.  My self confidence began to crumble and I complained incessantly to my boyfriend.  I saw my mom for the holidays and she was, for lack of a better word, appalled at my new face.  I saw my dad around that worst point and he said "Nia, you used to smile, and now you are fading away."  And it was true.  I was trying to hide the bumps and redness with makup and it wasn't working.  I had begun to try and hide myself as an alternative. 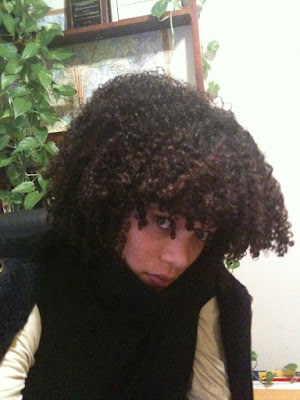 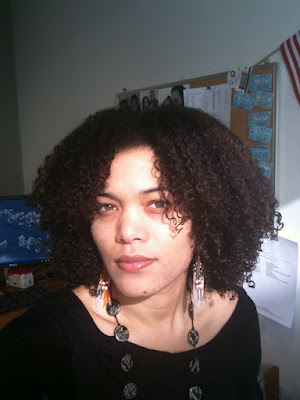 Around that same time I was diagnosed with Poly-cystic Ovary Syndrome (PCOS).  The acne was a symptom though I had very few others.  Weight gain was one of those other symptoms. I had gained 20 pounds in the prior 6 months, though I was still thin.  But the sudden weight gain worried me and I went to the doctor to find out what was going on.

At this point I was turning 30, had a face full of active acne and scars and had various other health issues related to the PCOS plaguing me.  I was sad and blaming myself for what was happening.  Like most people I felt that acne was caused by not caring for your skin properly, or washing the right way for the type of skin you had, or not wearing the right makeup.  I began doing research on acne and set a new years resolution to clear my face.  I found out more about PCOS, and I stopped eating sugar.  I found out more about acne and discovered that the blemishes on my chin were cystic and that their location and my age indicated that they were most likely caused by hormonal imbalance.  The topical solutions I had been trying for the past year would not have worked.  And the herbs and essential oils were not enough to really treat the problem.  Despite my past experiences with doctors and my mom's advice I decided that I again needed to see a dermatologist. 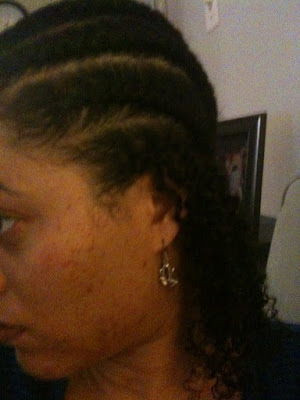 I searched high and low for a black dermatologist (because of my hyper-pigmentation and scars) and I went in with high hopes.  I thought I'd get laser treatments, peels and advanced care and knock it out!  I got there, and the doctor didn't even see me.  I saw a white nurse practitioner, and she stood 5 feet from me, writing on a notepad.  She prescribed me a 30 day treatment on an oral antibiotic, nightly treatment with Tazorac and daily treatment with Aczone.  I got some free samples and some coupons and walked out holding in tears.  I told myself it would not work and that they didn't understand how I felt. 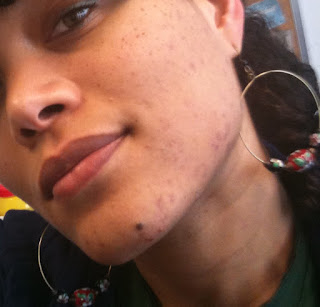 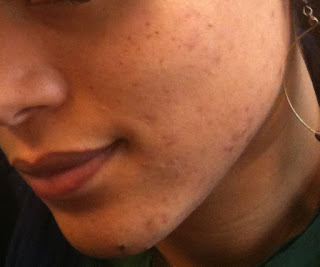 But I took everything as prescribed anyway.  In a week, my face didn't hurt any more and the cysts were shrinking.  In a few more weeks the cysts were gone and I just had scars and a few small blemishes that would still come and go- the stuff I would treat topically before. 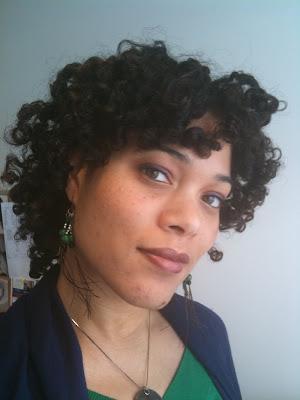 One of the requirements of the new aggressive treatment was that I only use very mild cleanser, if at all, a good moisturizer and only apply meds when my skin was dry. I decided to try oil cleansing and forgo soap.  I began using castor oil mixed with tea tree and rosemary oils in the shower and rinsing it off each morning.  Some oil would linger and act as my moisturizer for the day and I thus suffered no ill effects from the super drying Tazorac.

Today, my prescriptions have run out and I have not re-newed them.  My face is clear of the cystic acne, though I still get occasional blackheads and clogged pores.

Things I avoid include:
Things my skin prefers
Pretty much I keep it simple.  You can see my skin in my last few posts and it looks nothing like it did.  I know now that if my acne begins spiraling out of control I need to look at internal reasons and check on my PCOS.  I did not go on the pill and don't plan too.  I'm 31 now and almost all the symptoms I began to notice regarding the PCOS have virtually disappeared.  I lost 15 of the 20 lbs I gained, everything is "regular" again and my skin is not running my life.

I encourage you to see a doctor if you are dealing with severe adult acne- and not just a dermatologist but your OBGYN or your GP.  And look up acne and its causes.  Different places indicate different causes and can allude to deeper health problems.  As my dad would say there is NO reason to walk around with acne this day and age.  Though I don't agree with treatments like Accutane, I do think that many deeper medical conditions can be treated by modifying your diet and balancing deficiencies where possible.  And a good doctor will work with you to find a treatment you are comfortable with.

I hope all this writing has helped some one.  Please share your stories and remedies in the comments. 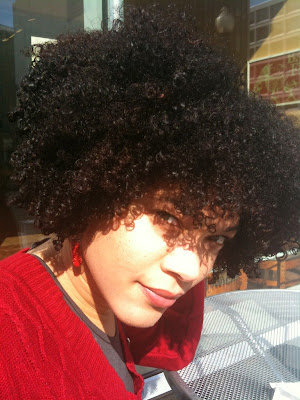