I've always loved Halloween thanks to my mom's creativity and decorating :-)
We had home-made costumes mostly growing up and it became quite the event to create and wear our monstrosities on the streets.  One year I was a headless man (dad's suit jacket) and one year a treasure troll- (my own natural hair and some colored spray).

In my adult life I have been, Niobi, Pebbles, Dora the explorer and Jane from Tarzan.

This year I had my own party and I decorated my house like a haunted forrest. Therefore who was I? none other than a black forrest nymph!

I wore my hair out and big and assembled my costume from things I had in my closet - plus a pair of $6 fairy wings that a I bent into a sharper shape. All said I had about 30 guests! We had the firepit and smores out back, plenty of zombi punch, jerk wings, meatballs and decorations galore. We even had FOG (so not many pictures came out)! lol

Yep my bro was in the house from CT with is boy. I had a homegirl here from Boston. About 30 folks!  Good times :-D

I hope everyone fared well in the storm and my prayers go out to those who suffered losses due to Sandy.  Be careful out there tonight!
- Nisus on Wednesday, October 31, 2012 1 comment:

My last relaxer was in April of 2001. I've not had any relaxed hair on my head since August of 2001. You would think by now that even something so mundane as a wash and go would be second nature to me.  HOWEVER.... no. lol

Over the years, so many new products have come out, and so many other women have stopped relaxing their hair and trying all these products that the interwebs are now FULL of inspiration and new info.

On my own, I was able to discover a few dozen techniques, processes, tools and products that work on my hair.  Yet using the internet, and inspiration from others I've and perfected or discarded hundreds (yes hundreds) of tips and tricks for kinky/curly/coily hair. But even still, with the assistance of the internet, I sometimes think there is nothing new under the sun, and that everything that can be tried has been tried.

Here was my happy mistake...

I was rushing one morning and gotten sucked into the shower time warp before work, co-washing my hair.  By the time I got out and realized I'd sunk the extra 20 minutes I needed to get dressed, I had a head of soaking wet, product free and rapidly fizzing hair.  I slathered in a generous amount of gel and castor oil but had no time to rake it through! Or even make a sopping wet, dripping bun.  I grabbed the worst offending frizzys and hand coiled them, with one hand, while getting dressed. I left the house with about 7 dingle-coils hanging from the back of my head, that to me, looked decidedly better than the alternative half-fro.  I have no picts to prove my hypothosis lol.

A few hours later I pulled the dingle-coils apart and was pleasantly surprised. They were dry on the ends and damp in the middle, but the frizz was greatly reduced and it looked fine.

I thought to myself, "self, what if you did shingle or rake through AND dingle-coil (I REALLY need a better name!! lol) I could banish frizz for good!! 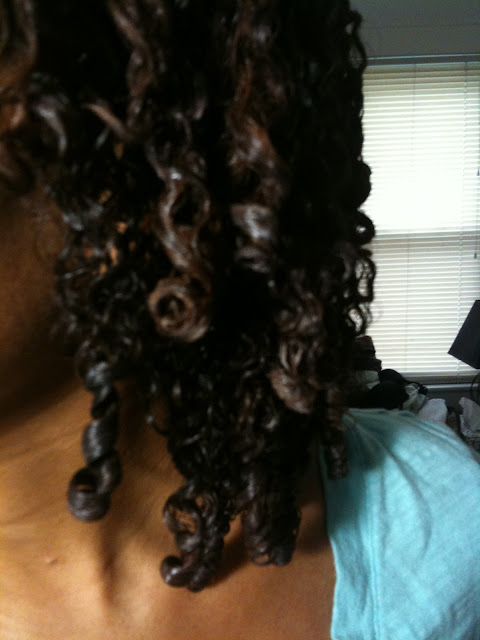 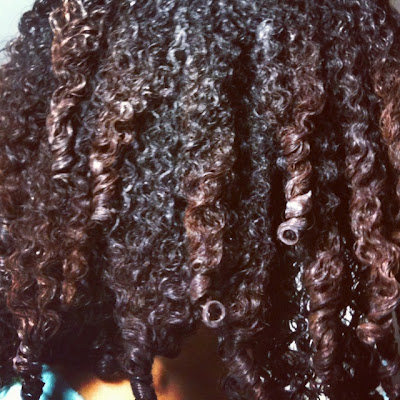 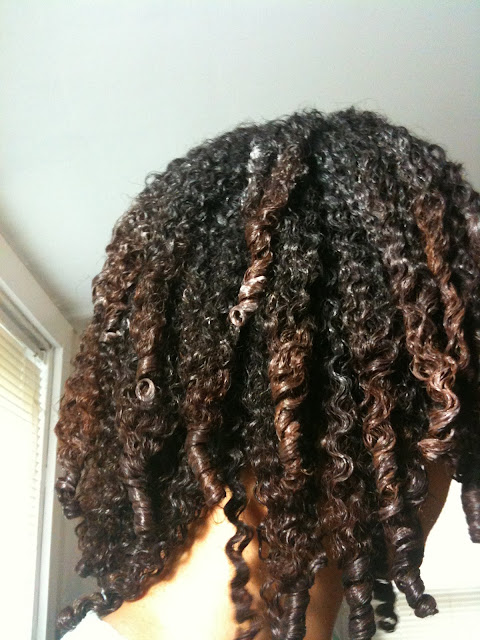 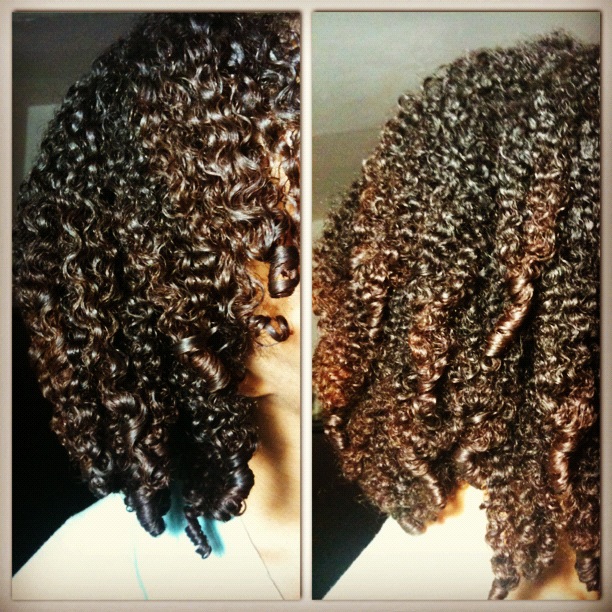 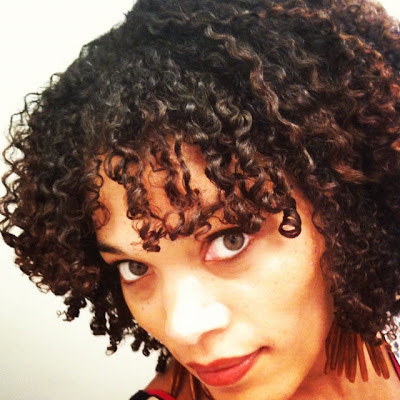 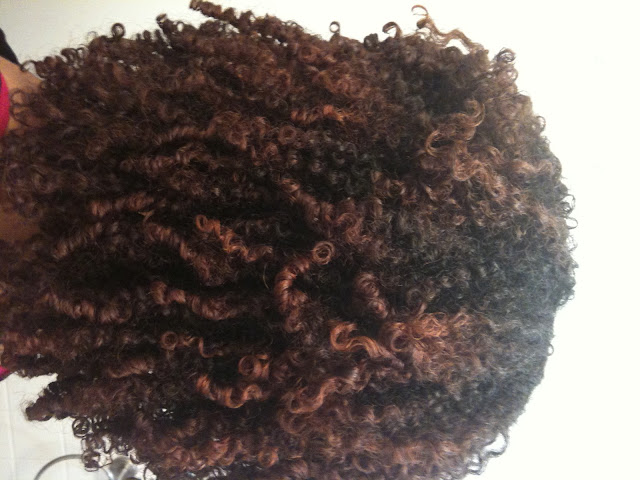 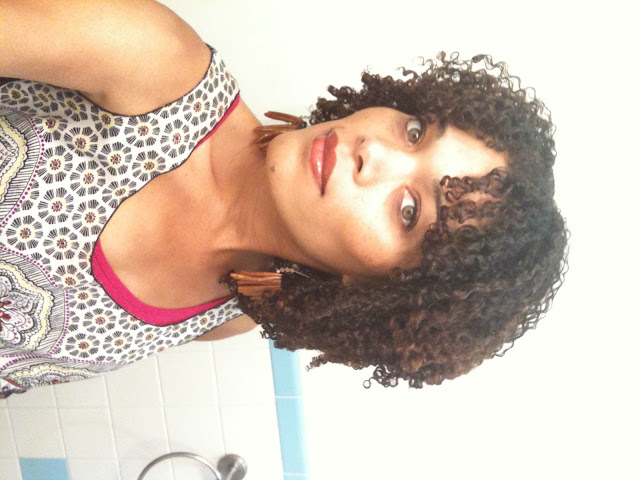 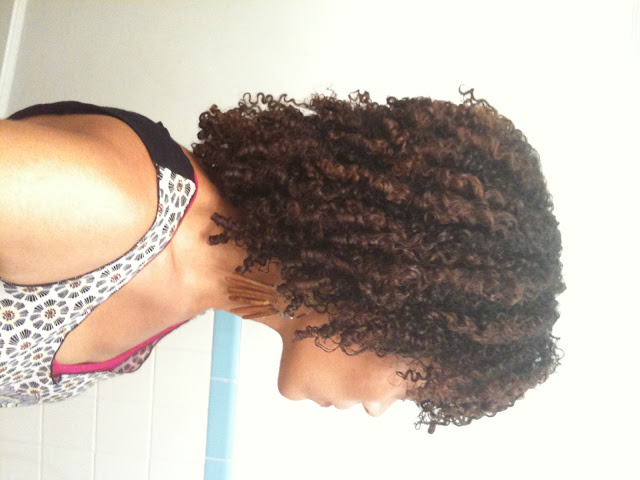 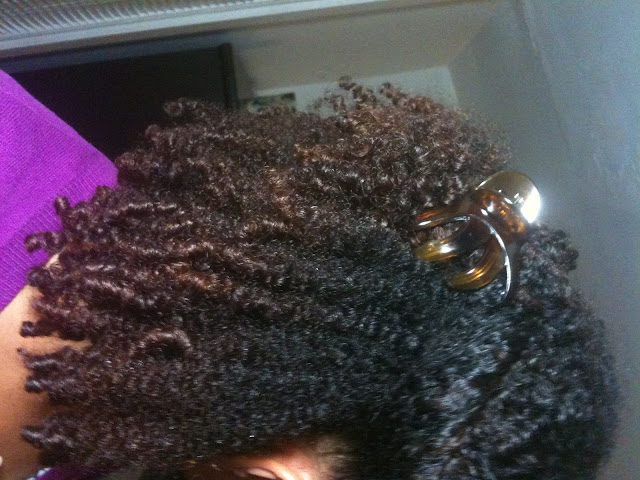 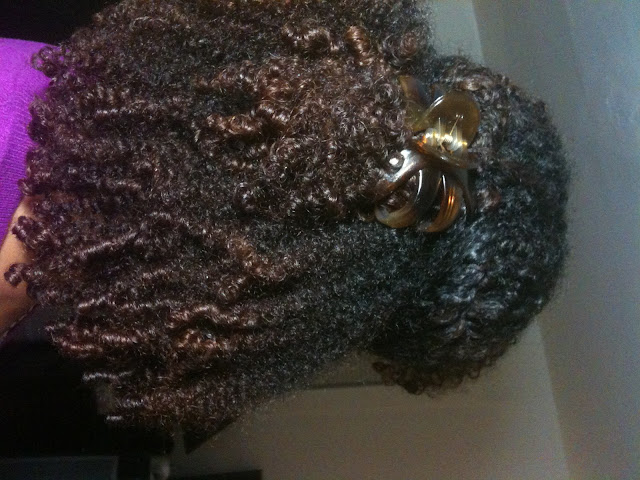 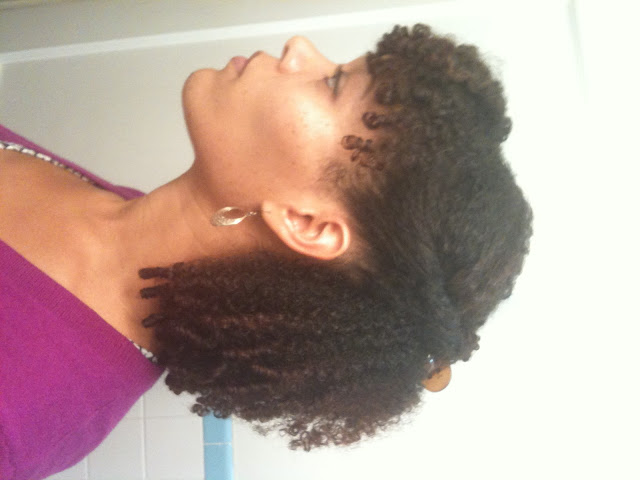 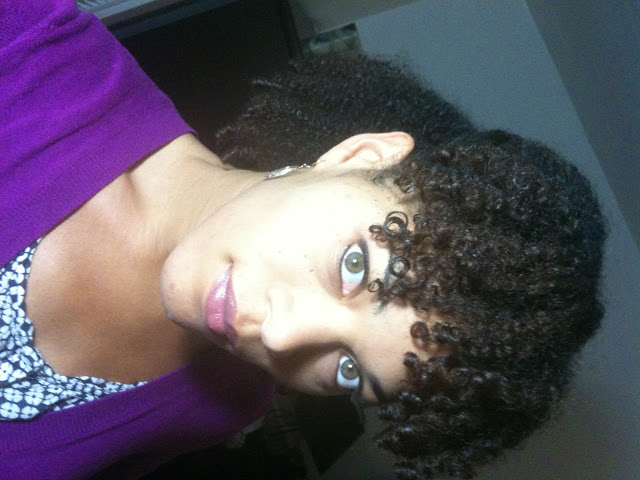 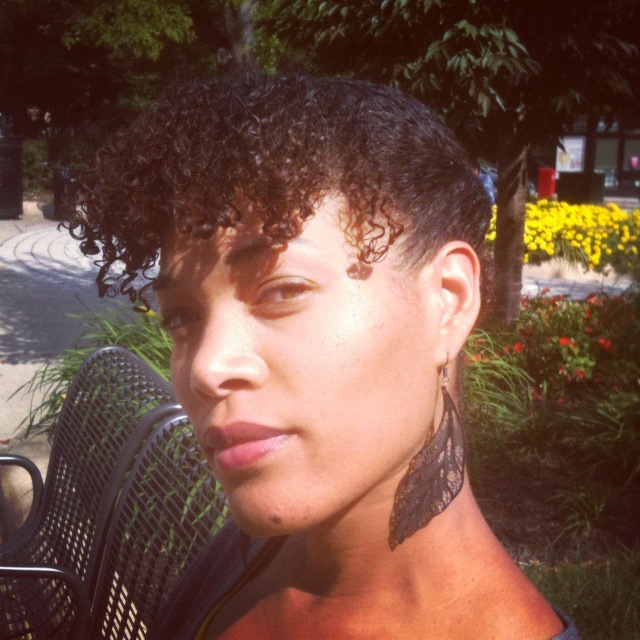 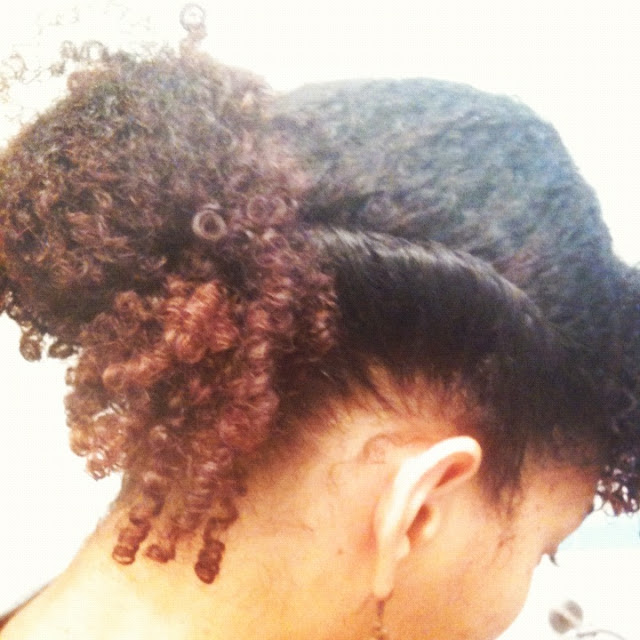 So you see what happened right?  The ends STAYED coiled, even when the insides/roots frizzed, making it wearable for many days.  It also seemed to stay moisturied waaaaay longer than normal without the ends being frizzed out.

I just did this again today and will post the video I made about it next week! It was only 5 extra minutes of time but I got a huge bang for my effort.
- Nisus on Saturday, October 13, 2012 7 comments:

CBC Week, how I wore my hair and a few dresses

It was recently CBC week here in DC (Congressional Black Caucus) which means a full week of workshops, events, parties and networking.  I tried to go hard in the paint lol.  I went out after work from Wed straight through Saturday, and washed the press out of my hair on Friday (and kept right on going!)

Conclusion... I am no longer a spring chicken.  I was SOOO exhausted by Sunday! But I had a great time at most of the events I went to (not all).  Here are some picts from the days I remembered to take them.  I was feeling the two dresses below.  The green one is from ASOS and the black and grey one I got from Filene's Basement before it closed last year. 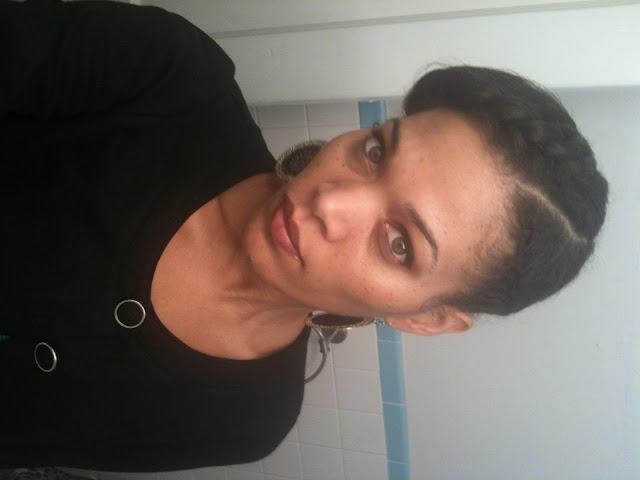 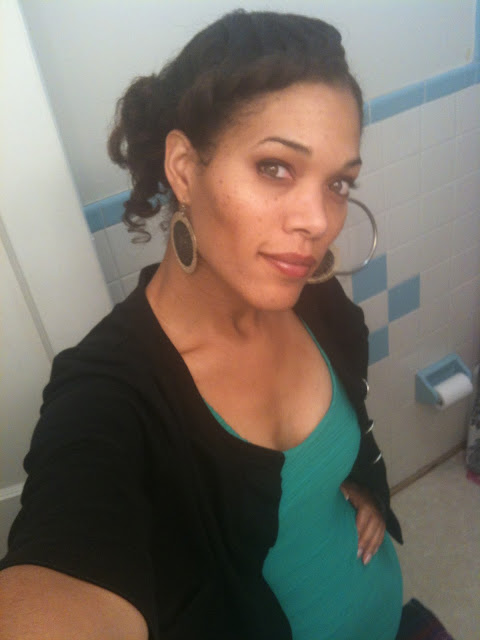 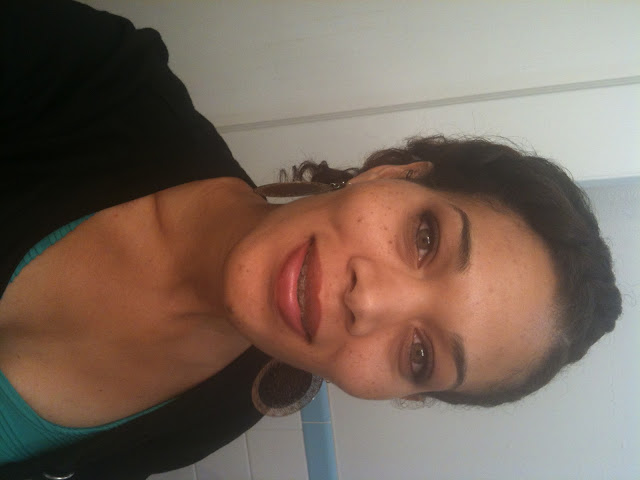 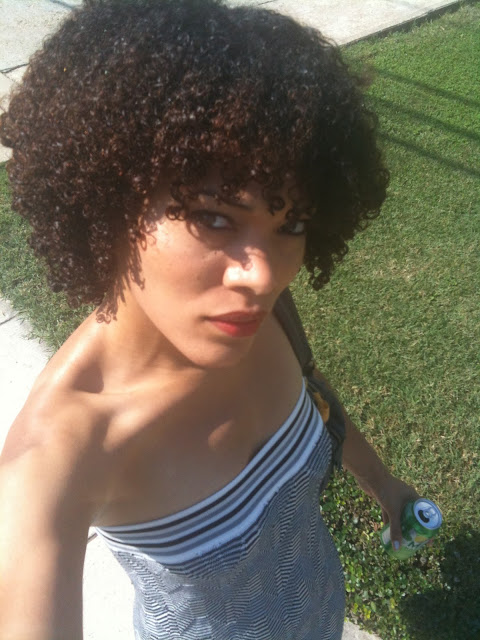 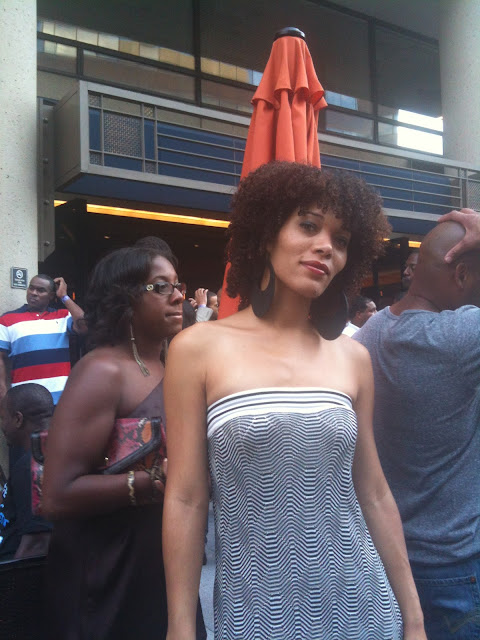 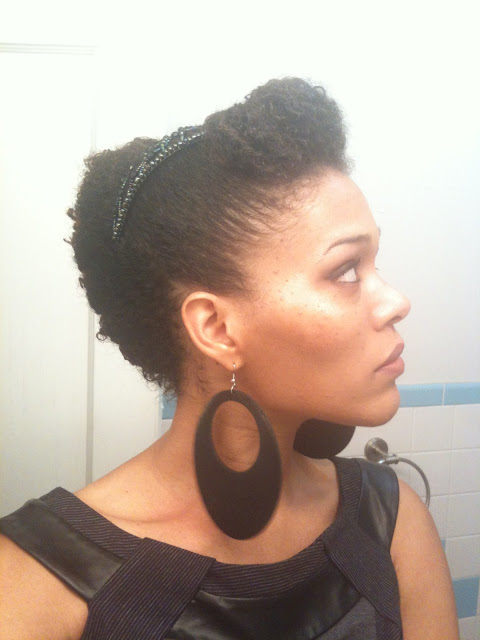 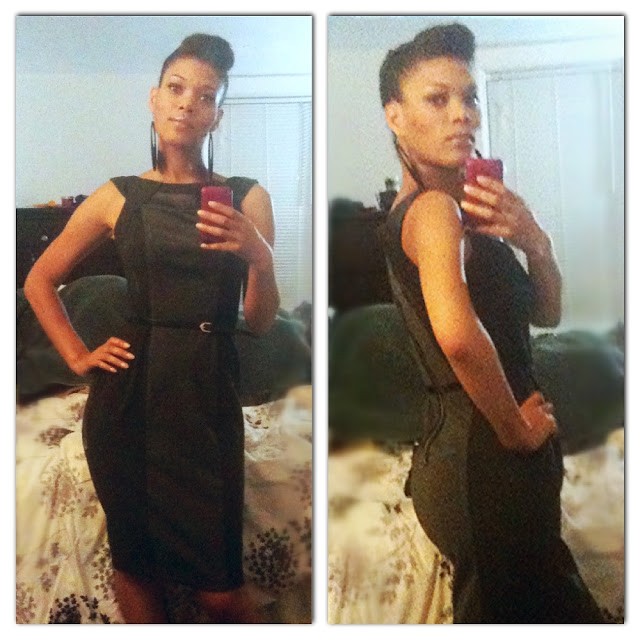 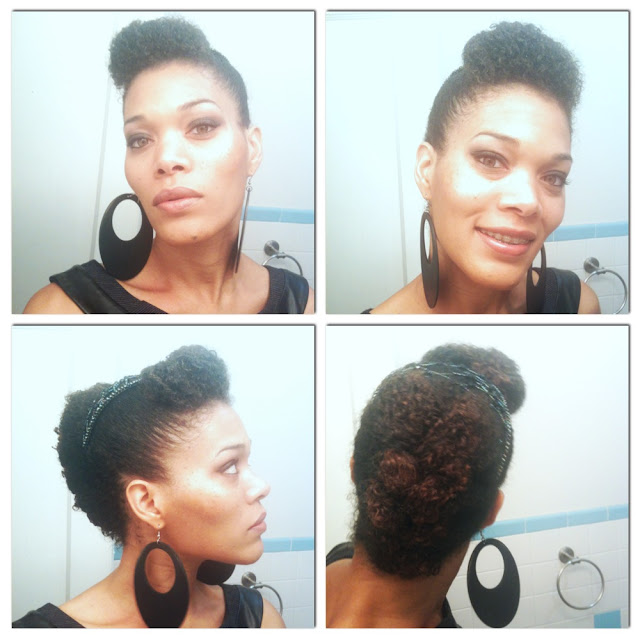 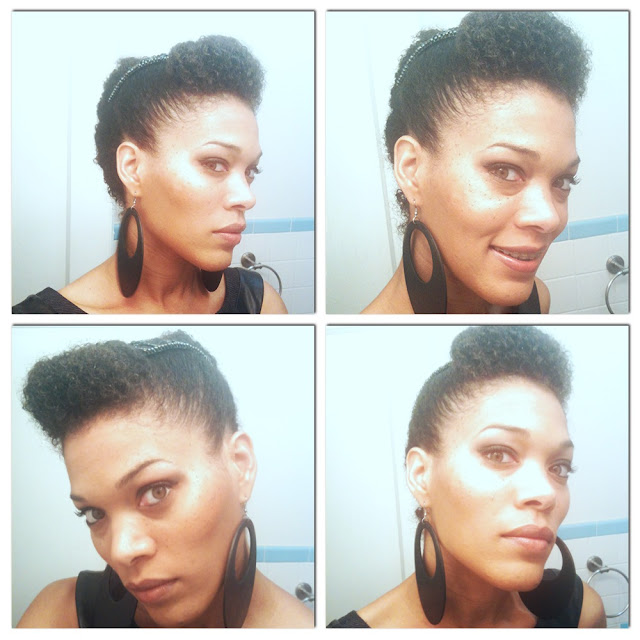 I gave my homegirl a trim the weekend before last, and she'd pressed her hair for the occasion.  That very night I pressed my own hair out of boredom and curiosity lol. (copycat!)

Here are pictures! It grew quite a bit and I kinda want to let it grow again for once.  I'll keep cutting the bang and shaping but I've got almost all my length back again. Pretty cool. 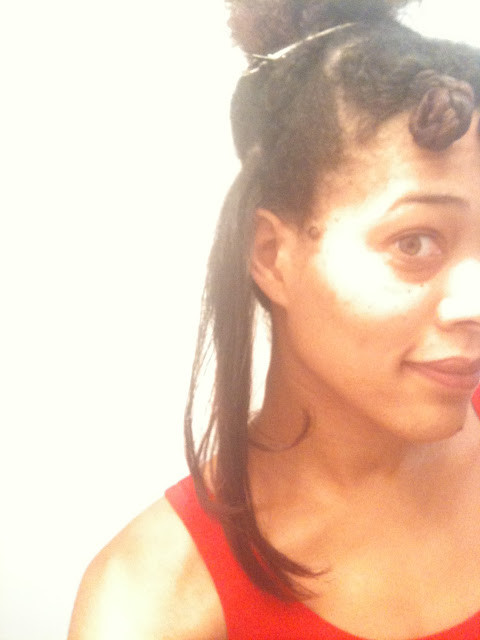 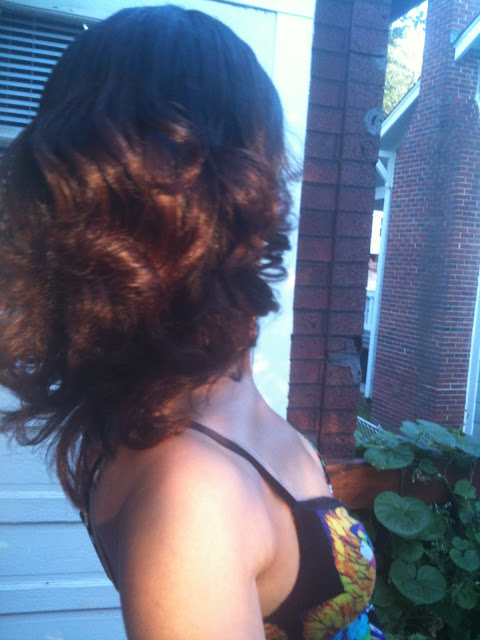 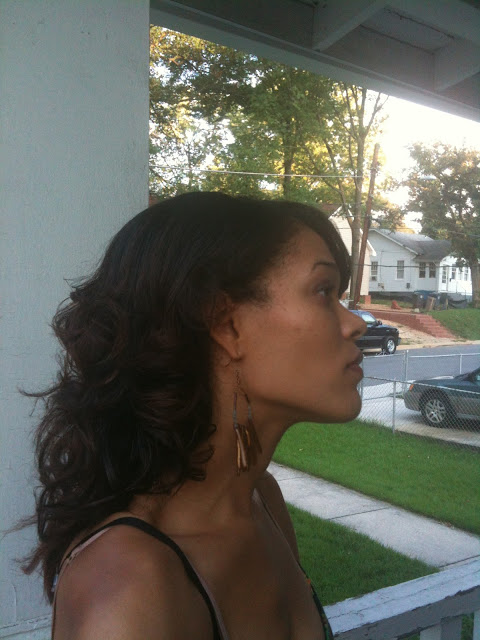 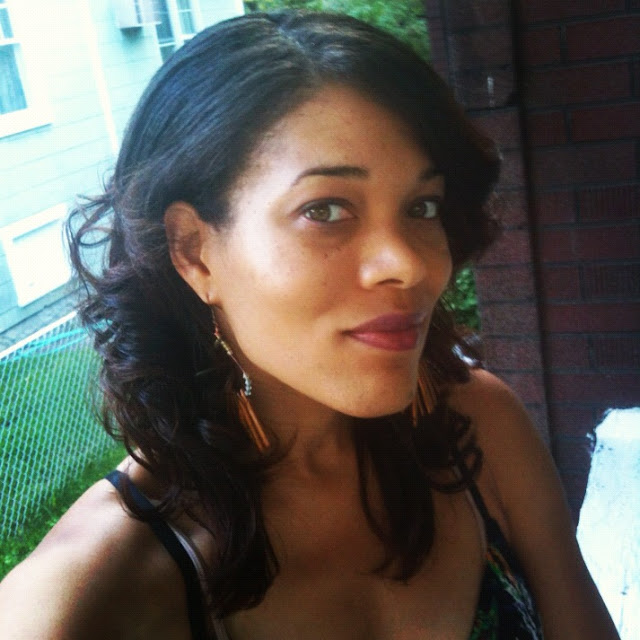 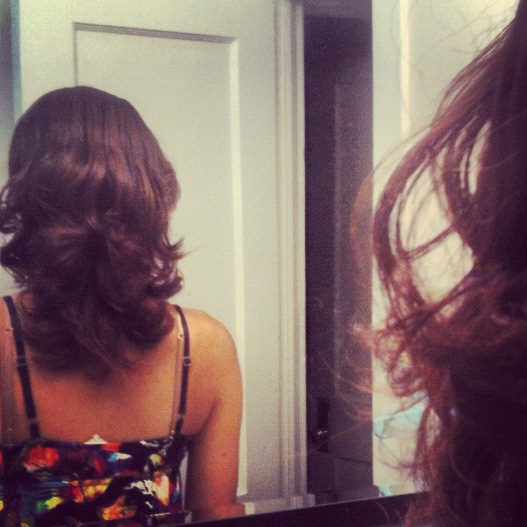 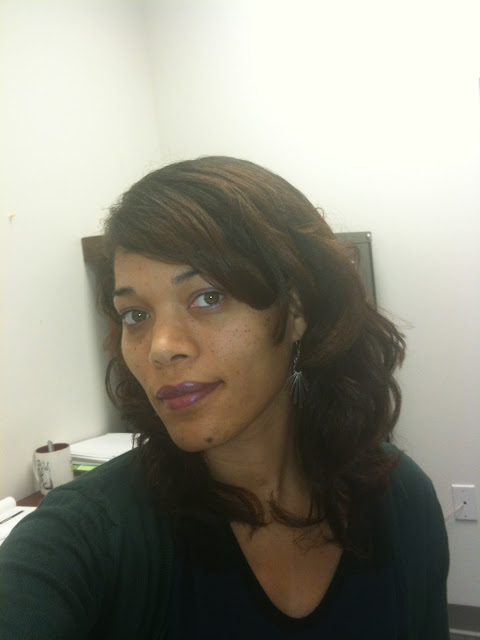