Birth of the Buff™

As of August 7, 2012, the hairstyle formerly known as the “nappy knot,” shall henceforth and forevermore (or until we come up with a doper name) be known as the buff™.

In the natural hair “world” of 2012, apparently everything has to have a name (or even a crazy acronym). While I think most of this is real extra, naming things does have a purpose. As a lazy hairdo enthusiast, I am always looking for ways to not do anything to my hair. Tucking the ends of my “pineappled” hair into a bizarre bun/puff hybrid has become a regular occurrence as of late. Honestly, I just can’t be bothered. I’m exhausted just from watching all of the marathon detangling, twisting, bantuing, wash-n-going, prepoocowashsteamdeepconditiondefineandbraidout-ing which seems to happen on Youtube. Nope. I ain’t doing all that. I’m lazy and my hair doesn’t listen to me anyway, so... *kanyeshrug*. Thus, the buff™ was born. 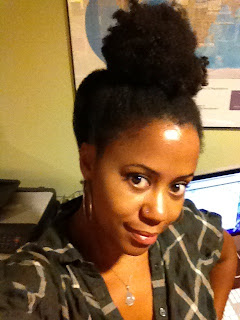 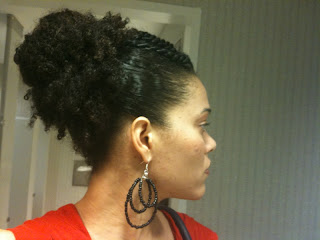 Feel free to spread the term far and wide (just remember who coined it and give credit where it’s due). You should also feel free to emulate our epic laziness and rock your own version of the buff™.  As a matter of fact, send us your best buff™ pics so that we can share them with the world. It’s time to get buff™ people!!!