I mostly stray from the tenants proposed by the curly girl method but it makes sense, just soooo much sense, not to use harsh shampoos on our delicate coils.  I heard this waaaay back in 2003 and tried it then but instantly noticed that my curls were more prone to frizz without the shampoo.  I went back to shampoo.  Then newfangled "shampoos" came out, with better ingredients, less sudsy.  I went for those wholeheartedly and stuck to co-washing as much as possible.  Except for the rare occurrence, such as a 3 week long protective style or a particularly horrible product experience that warranted shampoo, I've been mostly off it for the past 3 years.

I always keep on hand a bottle of Trader Joes Tea tree tingle, or Giovanni's %50/50 balancing shampoo (or similar) for the aforementioned reasons. Most recently I shampooed my hair after wearing it pressed for a little over a week, and contrary to what would be expected after a press, my curls returned yet TIGHTER than they had been.  I thought it may have been the shampoo, but shrugged it off.

So like last week, I again shampooed my hair because I had mixed my flaxseed gel with some horrible product and got a head FULL of flakes.  This time my hair was light and fluffy and blowing in the wind when it dried. I felt it had been similarly light before that, but I blamed the products.  It was curly but light, floofy.

So then yesterday, lol, I decided to shampoo again, because I had not wet my hair in more days than I care to mention, and I was not feeling put off by the shampoo bottle (now sitting comfy IN the shower). Afterward it felt really nice! I diffused, pineappled and went to bed. The product I used will be another post- light hold- I like it and it's not my flaxseed gel- I forgot to refrigerate the rest of the last batch :-(
This morning, my hair is again super tightly coiled, even in the front. It's light and blows in the wind and shiny.

Humph.... Now I feel again like I did way back in 2003! WHY do I keep getting lured back into the co-wash low-poo/no-poo movement when my hair so clearly tells me it's FINE with regular shampooing?!  Mind you it's a milder shampoo than your traditional off the shelf types. But its real shampoo. Not a cream, not a low sudsing stuff.

Bentonite clay would probably yield a very similar result and adhere to the curly girl way of life, but sometimes.... SOME times you just want to get in the shower and grab something off the shelf.  Shampoo is cheap.  and just there. and non-messy.

I do admit, my hair is squarely on the fine side of the spectrum so the coating/residue I experience may manifest quite differently on courser hair. So NO, I don't condone shampooing as a general rule lol.  BUT my hair is telling me something, and I am going to try harder to listen. And remember. 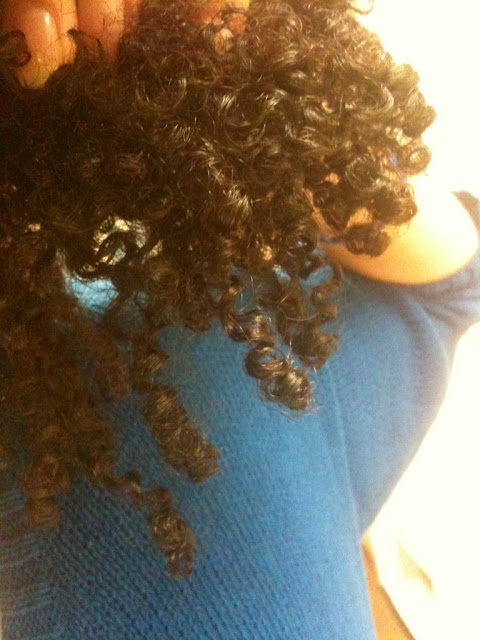 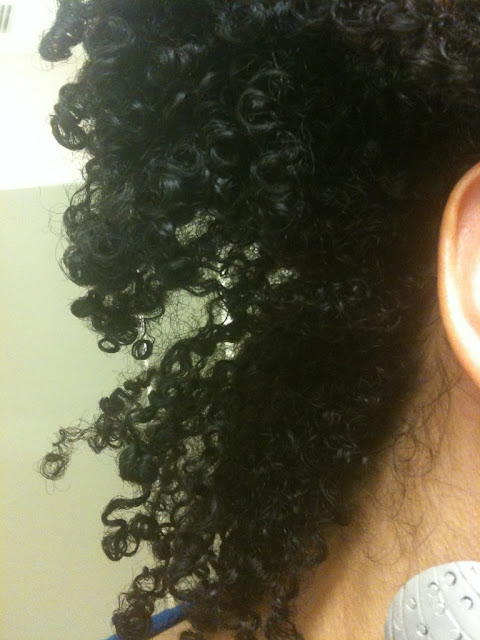 My bang/front hair, which is normally MUCH looser than the rest.
Slightly looser, but resolutely coiled today. 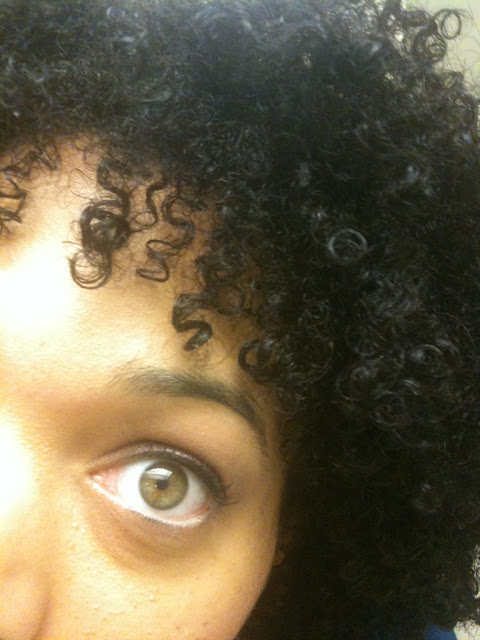