UPDATE on my girl Alicia!  She did a second big chop after growing her locks out for 6 years!
She has been natural since 2002, we started this hair journey together and it never ends! Picts and slide show below!

When I started toying with the idea of a natural hair site it was 2005 and I wasn't sure exactly what I wanted to do.  I had this idea for a site that would share products, many different women's experiences and types of hair (like the tons that exist now, but few existed then).  I even did several photo shoots with friends of mine to kick it off lol.  Then, as real life would have it, I just could not find the time to build it properly, or promote it, or... just give it life.  I had bits and pieces of the original idea that were pretty good though, one of which was this series of interviews that still lives on the side bar. One of my closest friends is Alicia- who had locks when I interviewed her last.


You will see this picture again in the slide show below, but ya'll, look at how long her locks had grown over 6 years! (you see the scissors on the sink O_O ) 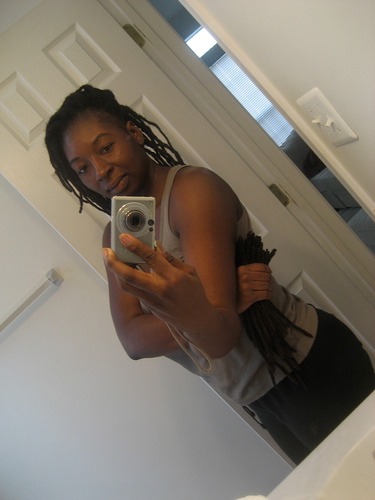 And OK, maybe I didn't build enough suspense with all my explaining but this is her now! you ready?

The reasons why she decided to big chop again are several and super important.
She has a beautiful baby girl now and has been inspired by her hair journey.  She wanted to share the experience with her :-) 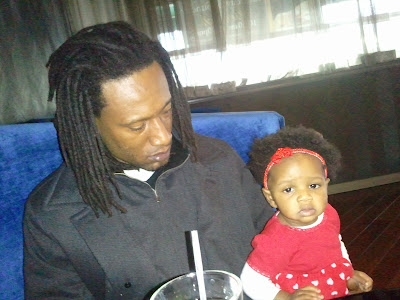 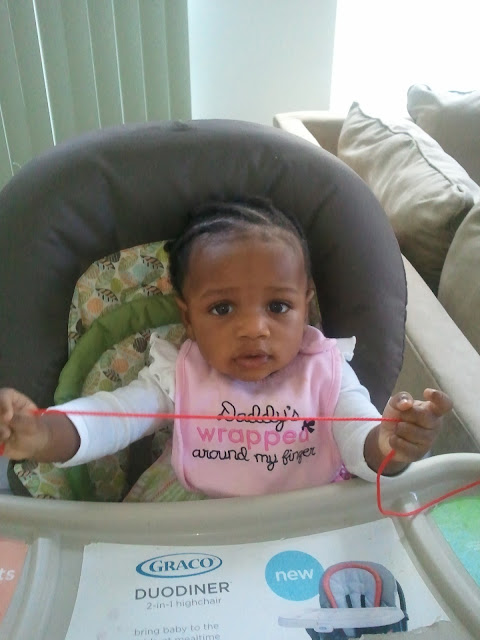 Alicia also wanted to revitalize her own hair.

"Stress of locs, constant re-twisiting and product build up from styling."

She said she is in "Big chop Bliss" now lol.  I think she looks beautiful and fresh, and with the little one she can definitely build on her existing skills with her and her daughter. I'm a proud friend!

Check out the slide show below to catch her entire journey!