Twist out and reflections on "Good Hair" 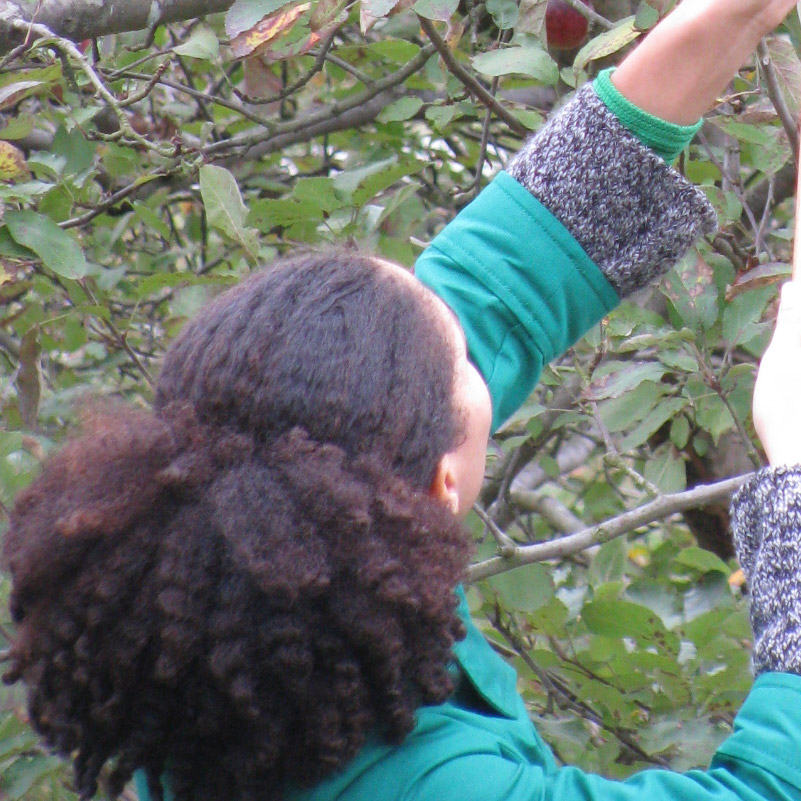 I went apple picking this weekend, which was great, but I didn't maintain my hair, so this is what was left of my 2 day old twistout. I'll have to remember to do better with the pictures next time. :-/

It was actually a pretty lofty twistout since I had blown it out first, but it didn't have much hold because I didn't use gel anywhere but the very ends.

This all was phase 2 of my weekend. Phase 1 started out with me and a group of my girls going to see "Good Hair." As I assumed, I was not enlightened. As I did not expect, I wasn't very entertained either. I'm admittedly tough on comedy - the obvious doesn't do much for me. Nor does gag humor or people falling. So the scene everyone loved- when he was trying to market "black hair"- did not go over too well with me. I was also saddened by the fact that natural women were not represented as decision makers nor was any other alternative discussed. The history of the industry and the evolution of African American style and culture was also ignored pre-1980. This mostly bothered me because it thus didn't do much to educate black women about another way of styling and being beautiful, and it did not educate other cultures about WHY we would to this to ourselves, despite the health risks and costs.

I'm glad the topic has been bridged for so many circles of conversation. I just wish something was coming out of all this chatter to give me a reference point from which to answer questions from potential transitioners and folks curious about what it is growing out of my own head. I would love to answer, "It's Good Hair" with no further explantion needed.
- Nisus on Thursday, October 15, 2009