Pictures! Before, during and after the hair cut. 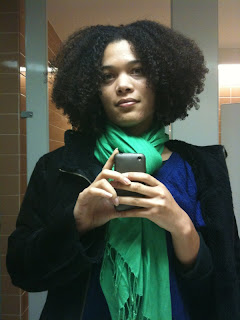 So I've lived with my new cut for a week and I am so happy with the decision to cut the front into a bang, of sorts. The font of my hair points relentlessly forward and I can never see through it or keep it out of my face without setting the front straighter or frizzier as it dries(see pictures to right = my hair shape and front section before). So solution for lifestyle = get it cut. I got it cut on Dec 30th at Salon Revive on U st in DC. Once I washed it afterward, I saw a few straggling longer strands, and roughened curls, which I corrected myself with some professional sheers I have. Overall, however, my hairdresser Yodit, did an excellent job. There is so much to say about it but I'll try to sum it up:

I only waited for about 20 minutes, and I was 10 min early! Good service time! 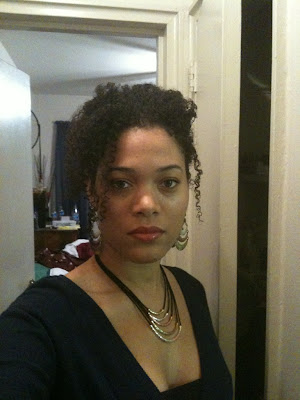 She came and looked at my hair, which I had freshly shingled that morning with Eco styler gel, and was still damp inside. She seemed either impressed or appalled, evidenced by an initial "wow" that I could not decipher. I showed her pictures I brought in of when my hair was shorter over all, explaining how I would like to wear the shape in front.

I went off for a shampoo. Now this was a worrisome point. The shampoo girl was Caucasian with straight hair. She shampooed my hair thoroughly, but also thoroughly tangled it up into one large mass in the process. She applied a meager amount of conditioner afterward, then I think she tried to finger separate it. She applied more conditioner and then began with a paddle brush in attempt to detangle the top section. It hurt and she struggled. So I stopped her and told her to try a big comb. She showed me the brush but I was like- a comb would work better. At this point Yodit came over and intervened. She asked if the girl used a certain conditioner, the girl said "yes, but it's still napping up". 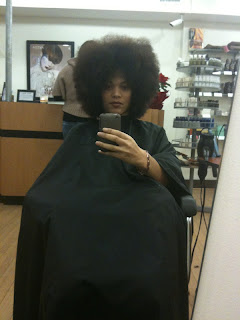 (I wanted to laugh but didn't) Yodit took over, sectioned a bit more and began on the ends of the hair while holding on to the root. She showed me the brush again and said it's best for detangling (I disagree) . She also commented that my hair was actually quite long, to which I replied- YES- it shrinks up to 75%. She was able to get through the rest of my hair and then I was rinsed and sent for cutting. With no leave in. Just naked hair. 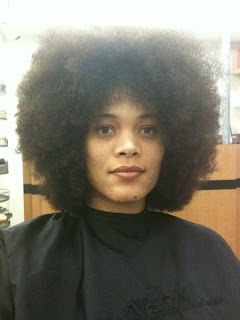 She trimmed my hair all over about .5 inch, and then went in on the front area, section by section. As she combed it out to cut it, my shrunken fro emerged! The proud beast! People in the salon were looking at me/it. It was great. I know they were like how the heck did she come in with a curly bob and end up like this... lol!

She went to mix some gel and some cream, which is the same thing I do, with different products. She used a Paul Mitchel pomade, a soupy white cream, and she mixed that with Aveda's liquidy gel (disliked both- rinsed out the next day). She went through section by section on the dry hair and applied it from root to end combing though with her fingers. After she was done she went back over it with the shears to trim out a few more wayward pieces. It seemed to thin a few areas out, and also render a straight style impossible. Which is fine with me. I did tell her that I hate heat, but heat never came up as anything she wanted to do. 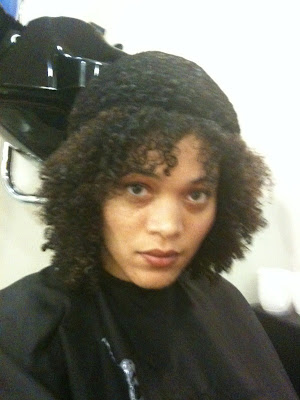 She put a lil net over it to lay it down a bit while drying, and then sat me under a dryer for about 30 min. It was freezing outside so I was glad to have it dry a bit. She took off the net and fluffed. I paid and left- total time about 1.75 hours. One of the other stylists gave me a compliment as I left. And I got another compliment from an unknown man on the train platform. I was very happy :-) and I could SEE.


Here are the rest of the pictures! 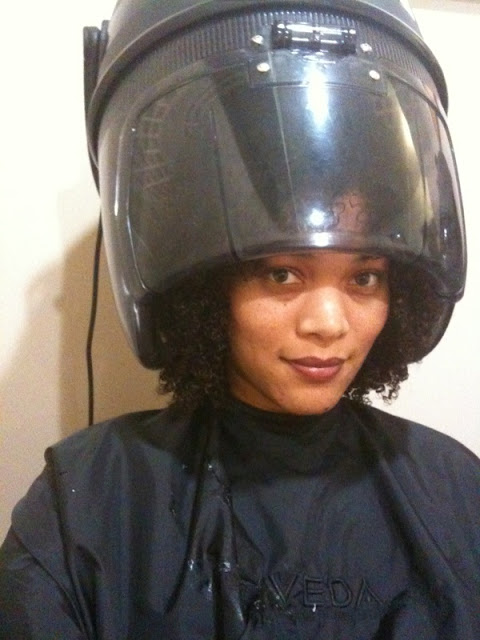 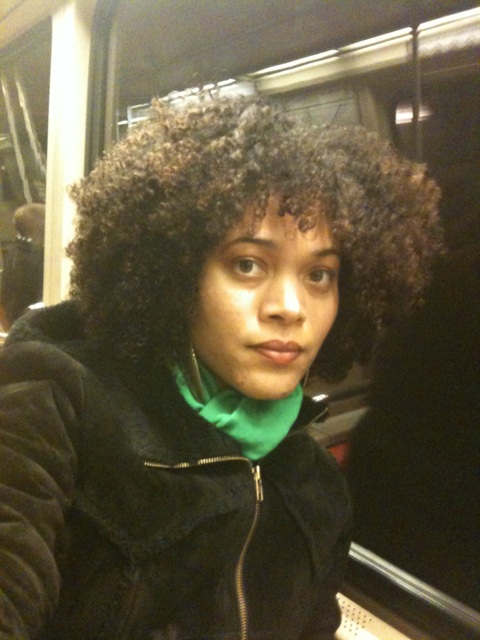 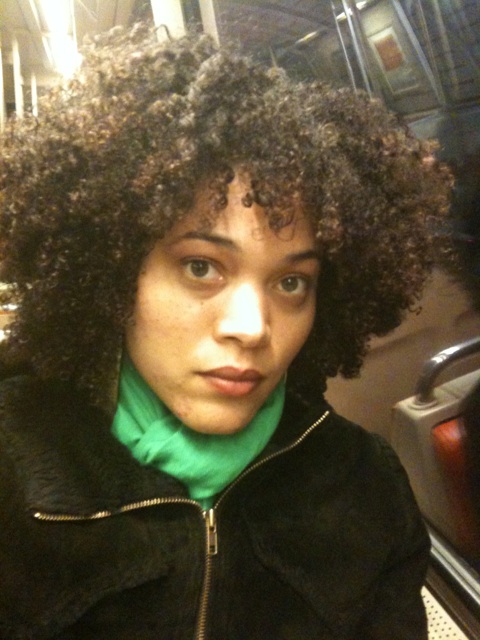