I swear my visits to the orthodontist sometimes feel like a test of my pain threshold. You know that moment when you know someone is going to do something to hurt you, and there is nothing you can do about it- so you brace yourself?  Then you can stand practically anything for like 10 seconds. A shot, blood drawing, splinter or ingrown hair... whatever.  You can handle it.

SO at the ortho- they go to take the bands off, which always hurts. My bottom teeth are still super sensitive though, as they have been moving all month. (see exibits A and B below.) So I brace myself... ok taking bands off. It extra hurts but it has to be done. cool. cool.  I only flinch a little.

She says I'll get the same wire. Cool.  Then she takes the wire out after looking around a bit... hu?  Then she comes back with a file looking skinny thing, and tells me its like a nail file and tells me I'll feel pressure between my bottom teeth.  My super crowded, can hardly get floss in, sensitive bottom teeth...

I have but a split second to brace myself, and then it feels like the most cruel sandpaper being forced between my aching teeth. I flinched hard and she asked if I was OK- to which I quickly responded YES (part of the bracing of self hardcoreness I was attempting).

So she moves on to the other side of the tooth and, NO I'm not OK, and I am about to stop her and she's like "awww I know these teeth are sensitive, I'm almost done..."  so I refrain.  BUT DAMN. She attempts to go between one more, which I know I won't be able to tolerate, but this time she can't even get the "saw" in between the teeth. She says "wow, some very tight contacts here, this tooth has nowhere to go" and gives up.  Pheeewwwww!! After re banding them- which was a breeze in comparison, she sends me off saying lets watch my bottom teeth continue to "unravel."

But look how much they moved over the past month. (yep switched to silver on bottom after debating purple for a sec lol.)
May 21st > June 25th 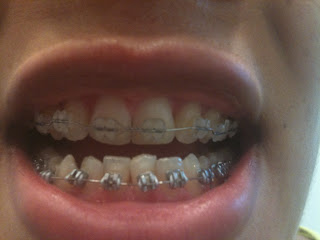 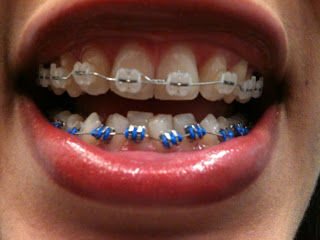 As for my hair...
I had been severely neglecting it over the past few weeks as I dealt with some ailments and tragedies in my family and around home. I had been starting off with a wash and go and then not moisturizing, not protecting it at night as I slept in various places (such as hospital suites, my childhood bed, a chair... standing up lol).  I hardly had time to wash and de-tangle once in those few weeks, not at home, no deep conditioning, no time to protective style. So last week when I returned to work, while drifting off  at my desk I was partaking in a nice hand in hair session when I noticed an abundance of single strand knots and hair that was simply coming off the end of my hair in my hand. Perturbed, I actually took my work scissors and cut away some of the worst offenders right then and there, rather than have them get lost in my hair again and begin to work in more innocent bystanders.

After another day of making the same discoveries knew I had to cut some hair off my ends all over and be done with it. :-(
I cut my hair wet with conditioner, with my professional sheers, practically curl by curl.  I ended up taking off 1-1.5" all over.  Hardly noticable while shrunken, but if I press again I've set myself back a few months.

Now imagine- some naturals never protect their hair at night, and don't know how to properly moisturize or seal their ends.  3 weeks and I effectively knotted up the ends of my hair. There really is something to taking those few extra steps to preserve length!!  At home I have silk pillow cases, and I use castor oil to seal, steam in the shower, a few different leave ins... It doesn't take much, but it takes something.

My ends look great now! I took a few flicks of a chunk I pulled down yesterday.  I have in it Paul Mitchel's The Conditioner, Eco styler gel and had refreshed with steam and Nubian Heritage (read this! the same thing happened to me in CVS when I picked this up) Heat Protect Leave-In Conditioning Cream Honey & Black Seed. It has a VERY strong scent and I'm not yet sure if I can deal, but I will keep you posted when I am able to try it alone. 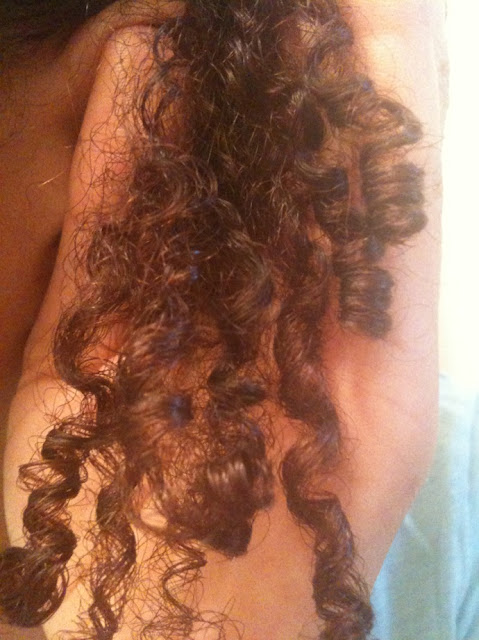 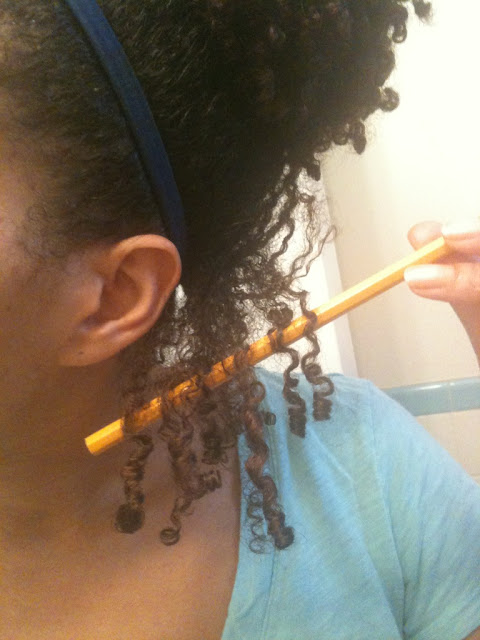 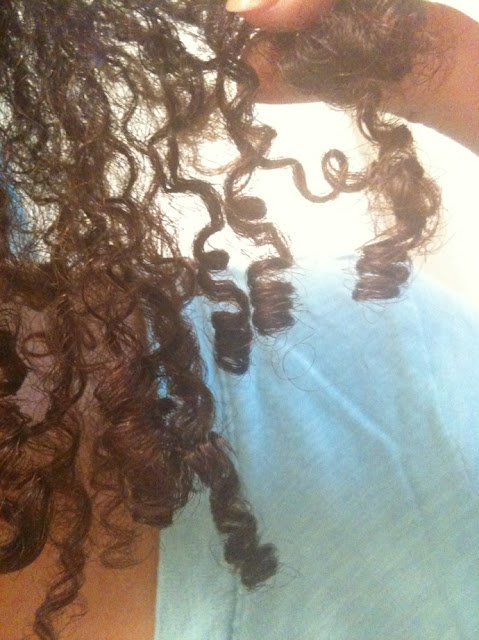