Why I'm not a Beyonce Fan

I don't hate her either though.

It's almost as if I, as a black woman, am expected to love and worship Beyonce, our King.  And even my silence upon the release of her surprise album is taken as a slight. lol. Like I'm supposed to clamor to buy her anything, and listen/watch between episodes of Real Housewives of Love and Scandal.

But here is what I don't understand.  Is she no longer my peer? Are these artists no longer people?  I would have to like a person before I'd ever claim to be fan of theirs.  To like is not to know, but rather to ingest what information they've given me and make a judgement call.  If I knew Beyonce, personally, I don't think we'd be hanging out. Am I entertained by her?  Sure.  Do I respect her? Sure.
Do I like her? No. Do I like her music enough to purchase any of it? No.

And below is a story, where I attempt to put into words my relationship with Beyonce. lol.

I'm about Beyonce's age. I had the very first Destiny's child album back in early college, and even walked out in a fashion show to one of the songs. Their rapid fire delivery and lyrics were right up my ally as a budding woman, looking for independence, a sense of style and a concrete identity.  Bugaboo and Bills  came out of my mouth as naturally as they came from the singers themselves.

There was a duality fighting in me, however.  A split never forgotten.

Outside I had long, relaxed hair.  I wore midriff tops and skin tight bell bottoms out on the town.  I even worked in a few clubs passing out fliers, or selling Polaroid's for $10 (the ones in front of the gaudy city scape). I had a flashy, older boyfriend who was a popular club and radio DJ.  Plus I was in college. Everything was in motion for me to become a "bad bit%$" as it means today in pop-culture.

My heart inside was nerdy, outcast, smart.  I had been made fun of all through grade school. I went to an all black school so the skin color hierarchy had the golden brown and red toned girls as light skinned, and I was past that. I was "high yellow" or "light bright almost white." I didn't have the soft, natural hair down my back that some mixed or Puerto rican girls had, nor the big booty the coveted girls in the videos had.  And I was comparatively poor when trying to uphold my clothing, shoes and hair appointments to standards of the stylish middle-class girls surrounding me. Lacking access because I lived on the edge of a rural area, with one parent, and no public transit.

Come college and all of a sudden, a duality was born of a singular sense of self. Here I was at a predominately white college in a diverse area. I was, indeed, one of the black people.  Different because I was black, rather than different amongst the blacks.  We flocked together in activity clubs and at the cafeteria. The feelings of being ostracized faded, I had a little hard earned money, and I had freedom.  Mostly the freedom to meet new people, and befriend those who I felt I had the most in common with. Freedom to follow trends and ideas that appealed to me.

So there was like this pendulum.  Who would I become now that I could become somebody?

I was (almost) model thin and kinda tall, so I was in a few fashion shows and did a little modeling. And I was still taking classes like Data Calculus and the notoriously hard Rhet Comm. And working and paying my own rent, and taking out student loans in my own name.  I was independent and growing as a person. And for years, everywhere, there was Beyonce.  To me she represented things going on inside of me and around me. Beyonce never came to class with me, but she was at the club, and on the minds of people looking at fashion and style.  She had chosen a side and I was hyper aware of it.

I'm sure true fans know her story better than I do.  But I think that all women go through a similar faze around their early 20s. I can't even tell you what I was thinking, because I don't think I was.  I was just growing/changing. So only in retrospect can I spot the tipping points.

We can latch on to visions we see ourselves mirrored in, or we can aspire to alternate visions for success as black women. As business women, as mothers, as wives, as philanthropists. So I latched on to an idea and began tipping. I wanted to be a creative director and later I wanted to be a wife and mother. 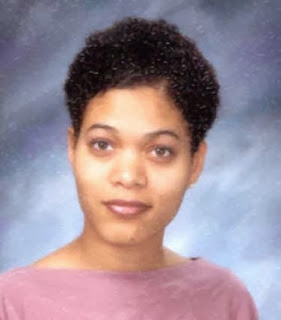 At the very end of my junior year I decided to cut the relaxer out of my hair and began a sort of transitioning process. In September of my senior year I cut my hair down to an inch long, later left the DJ dude and started working almost full time.  I only had a few classes left to get my degree and I wanted to be working.  Just working in my field and not in classes.

I also began volunteering and writing poetry, though I always was a visual artist (I got a BA in Visual and Performing Arts with a track in Graphic Design and a minor in Advertising!)

I braided my hair a lot and did a lot of coil outs. Those styles just went better with ethnic jewelry to me. So I wore shells, and wood, and a more bohemian style slowly crept onto my body. I didn't buy pop albums.  Instead Amel Larriuex, Jill Scott, Erika Badu, Heather Headly and deep house music began to fill my collection.

I continued to hear big hits in the club by Beyonce and later Rihanna and a plethora of hot girls.  I even really loved some of the songs (the uh-oh dance in Crazy in Love was expertly mastered).  But I didn't identify with them.  I didn't see myself in the styles, the hair, the makeup.  It had become pure entertainment.  Fun, alternate reality.

What I respect about Beyonce, besides her obvious success, is the choice that's left open.  There are not many "OR"s in her story.  Just lots of "AND"s.  Entertainer, AND wife, and mother, and business woman.  Visually, she can authentically sing ratchet music, and cuss and jiggle the booty. AND she can dress in angelic white and sing a touching ballad. She can do all of those things and its pretty amazing.

I'm attracted to the aspect of her that says that I CAN too.  Duality is OK. And that's nice.  I could totally throw some weave (or hell, my pressed hair has got that flow now lol), makeup, heals and fancy clothes on.  I CAN switch up too.  Watching her is not even cathartic.  It's affirming.  I could get a damn good approximation of that popular look and fashion sense.  The decisions I made then though, to cut my hair and focus on work, to volunteer, seemed to preclude being fashionable, or spending time and money just to alter my appearance. I can now because I finally have more time and money.  But the split was made.  I don't want to.

I even hear what's she's saying and I'm like get it girl. YOU get it. lol. The messaging she has, or that her writers and engine has is mostly all over the place.  Sometimes there's a song I like, sometimes I don't care if I were never to hear a song of her's again. Music to me is not just the voice, or the lyrics, or the style. Her voice is nice. But everything together is no longer compelling to me.

Beyonce is a Diva.  And she makes diva things.  Sometimes I like a diva thing or two, but mostly I'm not following Diva moves or cues.  I'm not following anyone like her simply because of WHO they are.  Not even Janelle Monae has been able to keep my attention.

It's been over 10 years since I had my identity growth spurt.  My sense of self as a black woman has simultaneously developed with her public pop-stardom.  It's somehow become a relative story, a part of my story. So yeah, its that deep. And it took all these words to explain why I'm not a fan. But I don't hate her either.